Seven Summits Arbitration (7SA) is a disputes specialist firm dedicated to international arbitration. The collective experience of our partners covers all major industry sectors and the entire arbitral process. They have acted as counsel in high-stake disputes, served as arbitrator and tribunal assistant, and headed a team at the ICC International Court of Arbitration, the world’s leading arbitral institution.

The founding partners of 7SA, Gustav Flecke-Giammarco and Gebhard Bücheler, spent their formative professional years in Paris, the heart of international arbitration. After additional years with leading dispute resolution practices in Germany, they reunited in Munich in 2017 to establish 7SA—a modern firm offering high quality legal services at competitive rates.

7SA combines the expertise and cross-border track-record clients expect from a leading international law firm with the flexibility and efficiency of a boutique practice. Passion and perseverance are the core values of 7SA, and our lawyers excel at responding to your needs. 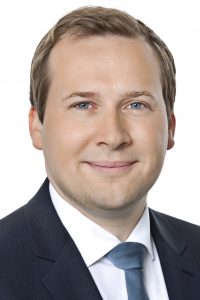 vCard
Gustav is a former Counsel at the ICC International Court of Arbitration in Paris, where he headed the case management team responsible for arbitrations seated in Germany, Switzerland, Austria, Benelux, and the Nordic countries. Gustav supervised more than 850 arbitrations, including investment treaty and emergency arbitrator cases. After six years with the ICC, Gustav joined Heuking Kühn Lüer Wojtek in Düsseldorf in 2015, where he acted as counsel and arbitrator in multifaceted domestic and international disputes until the establishment of 7SA in 2017.

Gustav is a member of the ICC Commission on Arbitration and ADR and served on the twelve-member committee drafting the new Arbitration Rules of the German Arbitration Institute (DIS), which came into force in March 2018. He is recognized as a Future Leader by Who’s Who Legal Arbitration 2017, 2018 and 2019 and has widely published on dispute resolution and private international law topics. Holding law degrees from LMU Munich and the University of Pavia, Gustav is a member of the German bar and a business mediator (MuCDR).

Gustav is a member of the Drafting Committee revising the DIS Arbitration Rules, the ICC Commission on Arbitration and ADR and the Editorial Board of the JOIA.

He guest lectures at the Universities of Bonn and Roma Tre, the Swiss Arbitration Academy and Swiss International Law School.

Document Production and Discovery: What can be added to the classic discussion?, Young Arbitration Club Finland, 11 February 2016, Helsinki

Dispute Boards Revival: Championing the Use of Dispute Adjudication Boards as a Project Management Tool That Helps to Avoid Disputes, with Ulrike Gantenberg, AYIA, 2016 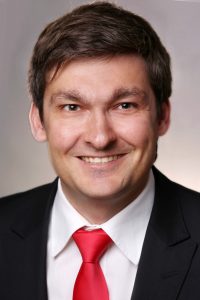 vCard
Qualified to practice law in New York and Germany, Gebhard acts as counsel and as arbitrator. Gebhard has advised a broad range of public and private clients across many industries, including energy and natural resources, healthcare and pharmaceutical, media and advertising, manufacturing, private equity, and financial services. He has acted in a large number of investment and commercial disputes, including high-value post-M&A arbitrations and price revisions under some of Europe’s largest gas import contracts.

The 2019 edition of Who’s Who Legal: Arbitration—Future Leaders describes Gebhard as “a leading practitioner in the German market.” Gebhard holds law degrees from Columbia Law School and LMU Munich, including a PhD in international investment law with the highest academic honours supervised by Judge Bruno Simma. He has published and spoken on various topics involving dispute resolution and international law and regularly guest lectures on international arbitration at the University of St. Gallen.

Before his admission to the German bar, Gebhard also worked with Hogan Lovells (then Lovells) in Alicante, Spain, and the United Nations in New York.